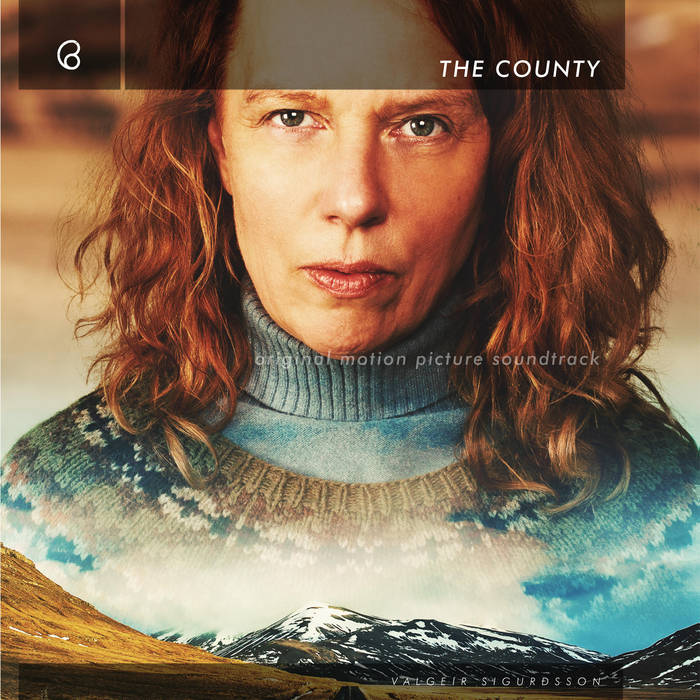 The Original Motion Picture Soundtrack to The County, with music by Valgeir Sigurðsson, will be released on January 10th 2020. exclusively from Bedroom Community. The 15-track album features eerily beautiful and scene-setting melodies created by the Icelandic musician.

The drama had its world premiere at the Toronto International Film Festival in September and was screened in the Contemporary World Cinema section. The County is the follow-up to Grímur Hákonarson’s Festival de Cannes Award-winning debut Rams and stars actors Arndís Hrönn Egilsdóttir, Sveinn Ólafur Gunnarsson, as well as Þorsteinn Bachmann.

“Director Grímur Hákonarson and I have worked together a few times in the past, so it helped that we already had a dialog and a fluidity in the way we work together. First I watched the film a few times, and then I turned off the screen and just wrote music in response to what I had seen. I often do this because I want to make a score that flows with its own narrative. On Grímur’s suggestion, we used a lot of synths and electronic textures, and also used some of the real sounds from the film for the score. There is an obnoxious milking-robot that features quite heavily, as well as other sounds from around the farm and the environments that I also managed to incorporate into the score. Then, I also recorded a lot of solo strings that I was really excited about, but mostly didn’t need to be in the film once the images were turned back on. In the final mix I think we cut about 50% of the score that I had completed, or more even, we agreed fully on all the cuts. But, on the soundtrack release I keep many of these elements because they informed my process and I feel that they are integral to the music and necessary when it is stripped of the images it was created for” – Valgeir Sigurðsson, composer.

Coming up in 2020, Valgeir will perform his captivating music at the famous Big Ears Festival in Knoxville, TN featuring acts like Patti Smith, A Winged Victory for the Sullen, Kronos Quartet, amongst others. The singular festival experience explores connections between musicians and artists, effortlessly crossing the boundaries of musical genres as well as artistic disciplines.

In addition to The County, Sigurðsson’s Original Motion Picture Soundtrack to An Acceptable Loss will become available on XX.

ABOUT THE COUNTY
The co-op system in Iceland arose in the early 20th century as a response to Denmark's centuries-old monopoly on trade; however, in many instances, these supposed mutual-aid societies grew to be as exploitative as the system that preceded them. In The County, Grímur Hákonarson tells a powerful David-and-Goliath tale about an independent farmer whose defiance of her local co-op brings her face to face with its sinister underside.

Inga (Arndís Hrönn Egilsdóttir) has always questioned the slavish devotion of her husband, Reynir (Hinrik Ólafsson), to the co-op, even as the co-op's debt has spiralled out of control and their prices remain much higher than those of their competition. When disaster strikes, Inga decides to openly take action against the co-op via social media. As her campaign progresses, she soon finds out just how low her adversary is willing to go.

As in Rams, Hákonarson illustrates how the harsh conditions that rural Icelanders face have bred an innate conservatism and a fealty to the status quo, which some hold true to even as it threatens their own well-being. Driven by Egilsdóttir's gritty and moving performance (and featuring a fine turn from Rams star Sigurður Sigurjónsson as the co-op's sleazy, self-assured director), and subtly directed by Hákonarson — one of the region's finest filmmakers — The County brilliantly explores how Iceland's cherished myth that all its citizens are equal can blind some of its hardiest and most independent people to their own exploitation.

Valgeir’s 4th LP DISSONANCE won ‘Album of The Year’ at the 2018 Iceland Music Awards. He has performed his work internationally at festivals, concert halls and clubs, and The New York Times named Dissonance Live among the top shows of the 2017 Sónar Barcelona Festival.

His scores for the environmental documentary Dreamland and Reykjavík City Theatre’s production of MEDEA were nominated for best score at the Edda Awards (also known as the “Icelandic Oscars”), and the Iceland Theatre Awards, respectively. Dust received a special jury mention at the International Rostrum of Composers in 2019.